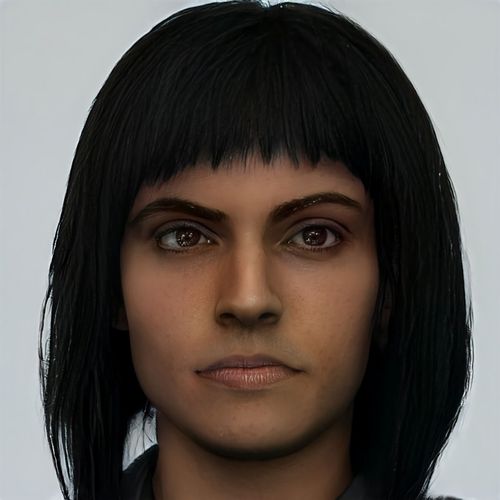 A proud Egyptian officer who consider Greek as wolves in sheep's clothing.
StatisticsBiographyInspiration

Ammenekht was my first attempt at creating a military character close to the "Stalwart General" cliché, inspired by Maximus in the movie "Gladiator". It turned out quite different, for both historical and mechanical reasons.

The character should have been named "Sirus", based my paragon character from Guild Wars. Ironically enough, "Cyrus the Great" is the name of the Persian leader who conquered Egypt decades before it was "freed" by the Greeks. Not only was "Sirus" an unlikely name for a native Egyptian, but bearing the name of a Nemesis would have been the worst offense imaginable. As I was looking at the proposals in the rulebook, "Ammenekth" sounded like a fitting replacement for Sirus.

Another change was necessary as beginner characters in Oikouménè are unlikely to be mature and assume high positions in society. Instead of general, my character was at best a lieutenant without significant authority.

Finally, while Sirus was african, Ammenekht was part of the "middle class" of Egypt rather than a Nubian. Indeed, the campaign featured a plot revolving around Nubians and joining them would have been delicate at best.

These contraints actually made the character more authentic and less cliché. Retrospectively, I would say that the main demarcation point of Ammenekht was his patriotism, a trait that is rarely found in my characters: he despised the Greeks who looked down at proper Egyptian ways and I should have emphasized this side of his personality.